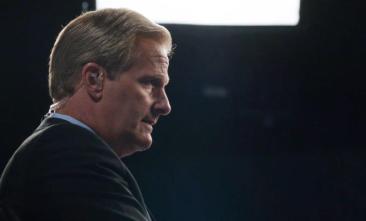 Aaron Sorkin’s The Newsroom has hit its second season stride, with a captivating storyline for serious viewers of the clever show.  In the August 18 episode “One Step Too Many,” the sarin gas story heats up, but it’s another small in-episode mini-story that offers a troubling look at the routine business of the news – the poor coverage of religion.

The season is set as a series of flashbacks two years ago, with real-ish coverage of news events like the Republican primaries and Occupy Wall Street.  In this episode, lead anchor Will McAvoy (Jeff Daniels) commissions his own focus group to assess how much his viewers like and trust his reporting.  The slightly-lower-than-desired results plague him, and become the focus of a conversation he has with gossip-bane-turned-girlfriend Nina Howard (Hope Davis), including a discussion of his handling of religious topics.

While watching back an interview with a Santorum supporter (in which Will grills the man for Santorum’s views on the “separation of church and state”), Nina says to Will, “You’ve gotta stay away from religion.  You know you’re just asking for it.”

This strategy of avoidance is presumably needed to avoid negative ratings and critical feedback from viewers.  It is a strategy often found in real reporting, to the detriment of viewers/readers seeking healthy discussion of important issues and events.

When religion is not avoided, however, it does not typically fare well in American journalism. 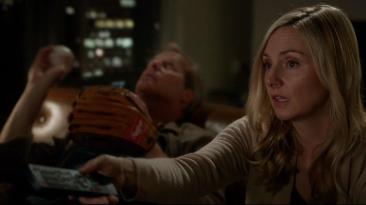 Ira Glass, host of NPR’s This American Life (and who happens to be an atheist), has noted that “Christians are really horribly covered by the media.”  From his perspective “as somebody doing documentaries,” Glass explains, “what Christians really are is not being captured by the press.”  The thoughtful, generous, and normal Christians in Glass’s life look nothing to him like the “crazy” versions in the entertainment and news media.

Academic studies from a number of university scholars substantiate Glass’s observations.  In a 2008 study in American Politics Research titled “A Prejudice for the Thinking Class,” Louis Bolce and Gerald De Maio of Baruch College and CUNY demonstrate a trend toward anti-Christian antagonism in news reporting.  Contrary to temperature studies that expose attitudes of openness in conservative Christian communities, news reports observed by Bolce and De Maio unfairly linked fundamentalist ideals to militancy and intolerance with few alternative perspectives.

Reporting religious topics, as The Newsroom’s Nina indicates, however, is not easy.  It is a topic that can polarize audiences (hence the directive for Will to steer clear).  Yet with news reporting often covering politics – perhaps the most overtly divisive topic in American culture – Nina’s character seems to be performing an unfair isolation of religion as uniquely untouchable.

Are religious topics tricky to cover, given the vested interest of audience members?  Yes.  Are they so tricky that journalists should summarily exclude them or approach them merely with naïve hostility?  Of course not.

Unfortunately this episode offers little corrective to the trends of negativity or avoidance beyond showing it in action.  Will’s character is antagonistic toward the guests in the religious story (though in fairness he’s antagonistic toward most guests), missing the chance to show the more idealized version of what the religious beat should or could look like.  To quote Emily Mortimer’s character executive producer MacKenzie McHale, perhaps the show is not yet presenting “the best version of the argument” (at least not ones in favor of the traditional Christian perspectives leveled in the episodes).

Yes, occasionally “speaking truth to stupid” (to quote MacKenzie again) is necessary, regardless of which side of that equation the religious perspective inhabits in one story or another.  The hard questions are important (like those from Alison Pill’s Maggie in season one seen HERE); persistent negative antagonism is probably not. 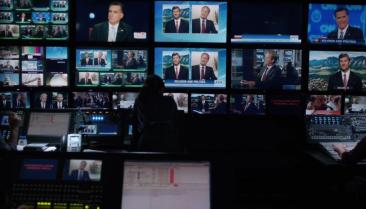 Perhaps a real problem then with episodes like “One Step Too Many” (or the others that are predominantly negative toward religiously inclined guests, typically Christian, such as season one’s “Bullies“) is one of modeling.  Idealized dramas like this do in fact inspire some to pursue the profession.  If such inspiration reinscribes unfortunate practices in religion coverage, a corrective opportunity is really missed.

LSAT (the standardized law school admissions test) test prep books warn studiers that they should not say that they want to go to law school because they loved The Practice (perhaps now The Good Wife), but many young law school hopefuls really do have those shows in mind when dreaming about their future.  The same is likely true for at least some of The Newsroom’s 1.8 million viewers.

The Newsroom has a catchy and quick vibe, similar to Gilmore Girls or Sorkin’s The West Wing (with more profanity, of course), and is sure to draw some of its viewers to the field.  The writing is clever and the characters are engaging, taking part in a semi-idealized version of what it means to do honest and important reporting.  In this stand-alone episode, though, a more complete and healthy religious beat is missing from the portrayal of the profession.

The episode “One Step Too Many” took two important steps in (1) having a character give voice to the flimsy avoidance strategy and then (2) by having the lead anchor advocate for asking challenging religious questions.  In providing only negative energy surrounding the religious story, however, perhaps this episode took one step too few.  Then again, perhaps one episode cannot do it all…

What are your thoughts/comments?  Did this episode of The Newsroom expose something important behind the business of the news?  Do you cringe when you hear religious topics come up on the nightly news, or do you think it gets too much coverage in the first place?

One thought on “Avoidance or Aggression: The Newsroom’s Religion Beat”